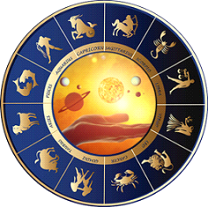 Vedic Astrology is an Ancient Indian Science which explains planetary motions and positions with respect to time and their effect on humans and other entities on earth. Vedic Astrology can be traced thousands of years back. Early Vedic Astrology was only based on the movement of planets with respect to Stars, but later on it started including Zodiac Signs as well. According to Vedic Astrology there are 27 Constellations made up of 12 Zodiac Signs, 9 Planets and 12 Houses with each House and Planet representing some aspect of human life. Depending on when a person is born, the 12 Signs are distributed among the 12 Houses and 9 Planets are placed in various Houses. This visual representation of the snapshot of the Signs and Planets is called a Horoscope Chart. Vedic Astrology is nothing but interpreting the meaning of these arrangements as it applies to humans and other entities.

We don't do Vedic Astrology predication during Rahukala and Yamakandam.