What is Nadi Palm leaf astrology

WHAT IS NADI ASTROLOGY ?

Nadi Astrology is a Superscience created, developed and documented by the Ancient Rishis for the good living of the Humanity in this world. They have also considered the celestial evidence for its consequences.

What is Nadi Palm Leaf Astrology ?

Nadi Palm Leaf Astrology is a predictive science that refers to a set of sacred palm leaves etched 1000's of years ago by Indian seers.

The word 'Nadi' in Tamil means 'to seek'; as you seek your Nadi leaf and perform the simple remedies indicated, a new destiny is revealed for you. This Astrology is called 'Jyotish' , is the ancient Science of Light. With proper mastery of light, one's vision expands to enable one to see the pase,present and future.

It is astonishing that inscribed on these ancient Nadi leaves are the destinies of several individuals who are living today!

How nadi works - It begins with your thumbprint

In Nadi Palm Leaf Astrolgy, only your thumb impression is needed. It is then compared against 108 pre-defined categories under which the Nadi leaves are arranged.

Divination for the Chosen Ones

Not everyone has a leaf. If your leaf is found, consider yourself blessed.

The leaf will reveal some of th emost intimate details of your life that would have been known only to you or perhaps to a close family member. Remember, this leaf was written hundreds and/or thousands of years prior!

FROM WHICH AGE THE NADI ASTROLOGY CAN BEEN SEEN OR READ ?

Nadi Astrologyis an ancient proven methodology to get guidance in ones life about the future. The age from which you can go in for Nadi reading is age of 15. At that age only the thumb impression would have seen in matured stage says the practicing astrologers

WHAT IS THE ADVANTAGE OF DOING THE NADI READING ?

The basic advantage of doing the Nadi Reading is to know your future life style and make your life more meaningful and responsible and organized. Living on uncertainty is a sin. By removing it and by knowing things ahead one can get confidence and courage. It remove the stumbling blocks and uncertainties in life. It makes a person to be more spiritual and religious and philosophical. It prepares him to be more proactive and engage himself to have self realization and make his life more beautiful. It makes to exploit his human potential and human values and to realize himself.

HOW MANY YEARS ONCE THE NADI READING SHOULD BE DONE ?

Nadi Reading is an offer from god. Not all human beings are blessed to know their prediction from their Nadi Leaf reading. Based on the intensity of the Karma and Graha Dosahs the Nadi reading would have been written by the Maharishis. On all practical purpose once in two years a person can do the Nadi reading to update and remove his Karma.

Vedic Astrology is based on the planetary involvement in the solar system, by which it has the effect on the human life styles. The Planetary transits Retrograding / Debilitations/ Exaltations are various accountability for the lifestyle changes. Every movement of the planet accounts for the time factor in turn it reflects on the good and bad situations in human life. But the nadi astrology is all about the ancient inscriptions on the palm leaves which ae written b the ancient maharishi about your soul path. The maharishi have taken the accountability of the [planet movement at the time of the birth of the soul in the earth for this lifestyle predictions. Some times the remedies mentioned in both might get vary depending on the karmic component and dosha effect.

WHERE IS THE ORIGIN OF NADI ASTROLOGY ?

It is from Vaitheeswaran Koil in South Tamil Nadu. 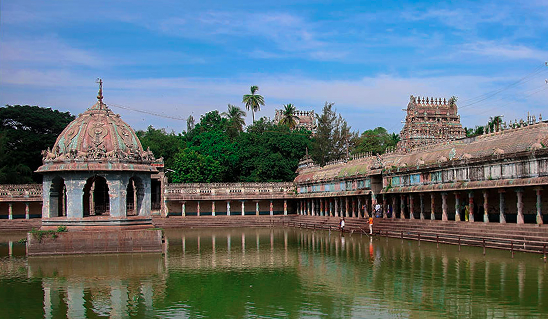 HOW MANY YEARS OLD IS THE NADI ASTROLOGY ?

There is no specific data available about the age of the nadi astrology. But however the Maharishi who have contributed about the Nadi Astrology are there in the book reference. It can be said that Nadi Astrologer would be approximately 2500 – 3000 years old. 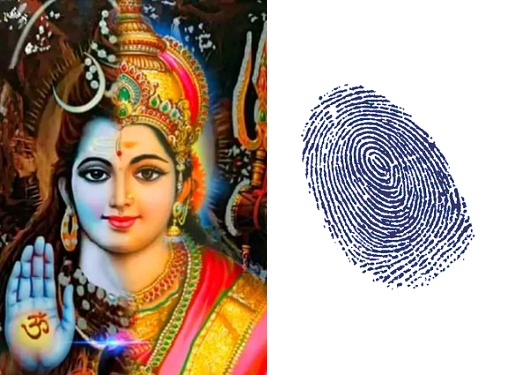 WHY THUMB IS USED FOR REVEALING THE NADI PREDICTIONS ?

The probable reason for why the thumb finger is used for this identity to reveal the Nadi Predictions is that because, thumb is the Prime Finger in the palm. It hold everything supporting all the other fingers. It is the strong and positive finger in the palm. The energy is high in thumb. It stand apart for its high profile identity when compared to other fingers. It is a unique and independent muscles supporting for various action (the flexor pollicis longus , opposable digits are extremely useful. It coordinates a set of motions provides strength and dexterity. The thumb represents the brain.

That is why the Ancient Maharishi have taken the Thumb print for the human to consider for the reading of the Nadi Leaf for is importance.